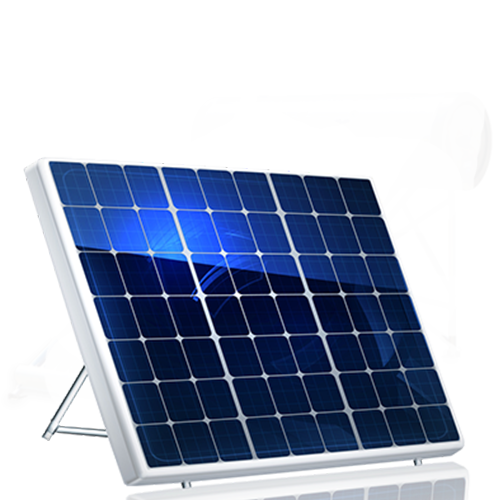 As the name suggests, Solar Panels need sunlight in order to generate power. Solar Panels will generate no power at night, and no power during storms. In order to generate power, the panel must be the tallest block in its location excluding Glass. It is different from the energy collectors of the Equivalent Exchange 2 mod in the way that energy collectors work best when a glowstone block is above it but a solar panel does not work with a block on top of it.

For these reasons, it is advised that one plans to make his/her base on the surface. They can be used to craft Solar Arrays which give more EU per tick but with the same space requirements as a single Solar Panel. Eight Solar Panels and a LV Transformer are required to make a LV Solar Array. The low voltage solar array will output 8 EU per tick, with is the sum output of its component solar panels. this ratio remains true with the higher tier solar arrays as well: a medium voltage array outputs 64 EU per tick, and a high voltage array outputs a whopping 512 EU, but is composed of 512 standard panels. in terms of resources, due to the additional cost of adding a transformer to each array, it is actually more efficient to use standard panels, up until the player has enough panels to craft a medium voltage array. At this point the cost of crafting the transformers in the arrays is outweighed by the cost of wiring together each independent panel. Solar Panels are commonly used with a BatBox or an MFE to store power in order to allow usage of machines during the night.